So, what I did was create a new project and import demo from ORK folder. (I think this might be older demo?) and then downloaded latest work and saved the project file. (Unity 2019.4.15)

I built this demo on Nintendo Switch and the menu scene would just show black screen, then I built the Town scene with ORK Game Starter set to "Start Game" and this loaded ORK On switch. I was able to fight and everything, change scenes.

After this I switched the ORK to the source code version. (http://forum.orkframework.com/discussion/5985/tutorial-switching-to-source-code-version-of-ork#latest)

And everything works in the editor, but on Switch ORK just does not seem to start.

Debugging it I found error to be happening when the GameStarter calls new game, and it calls the new event to be started. 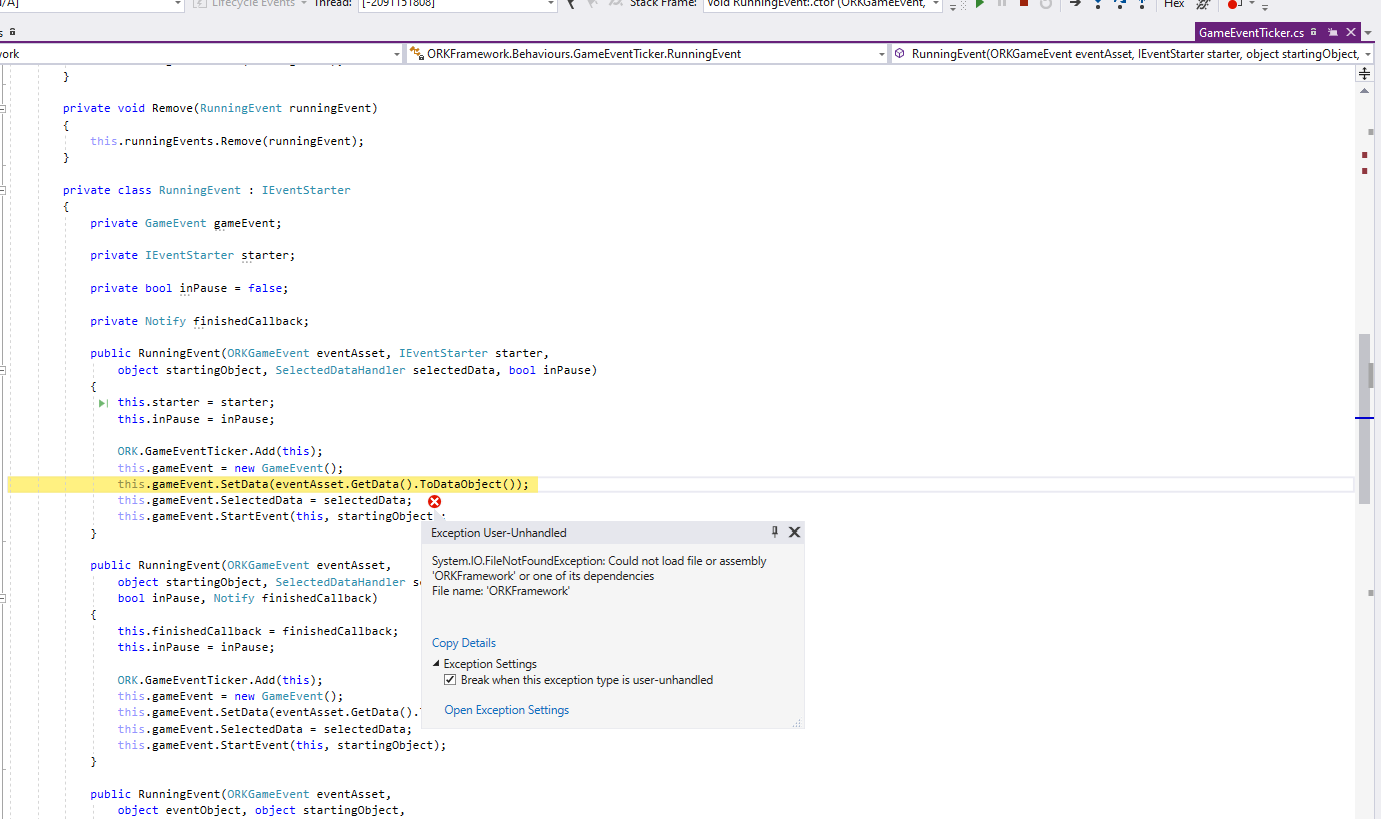 also not sure if related but this was called as well

Any idea why this could be happening? The same issue was happening in my own project, but it took too long to build, so I made a test in this demo project.