I'd really like to build a fantasy/LOTR inspired one where you deal with different races(human/elves/dwarfs), trade, and battles that I think could be made with Ork, but there are a few concepts that I need to nail down first.

One is the grid road system. This is major for any city builder, but this subgenre have a mechanic very specific to the roads called a "Walker" system. Rather than radius's, a radius is tied to a resource walker that travels along the roads, and delivers goods to any houses along its route. 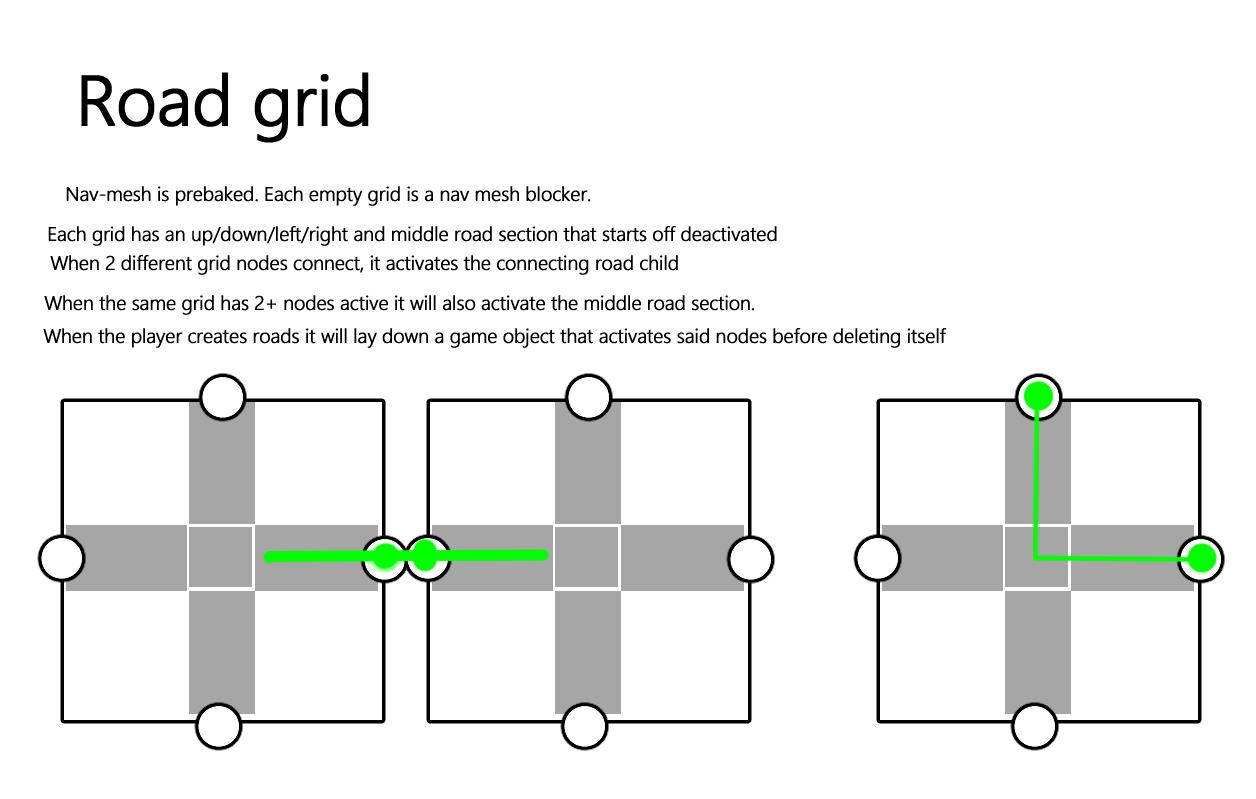 I'm curious if anyone has any thoughts about if the above picture would work with Ork, and if anyone else is interested in these sorts of games. My goal was to create a system that didn't run constant checks or have to "search object"

A minor editor issue is that having a large grid system with children, like upwards if not exceeding 40x40 causes HUGE slowdown, but I think it's just due to being in the editor while testing.