Using the Player in Set Combatant for Environmental Damage Dealer 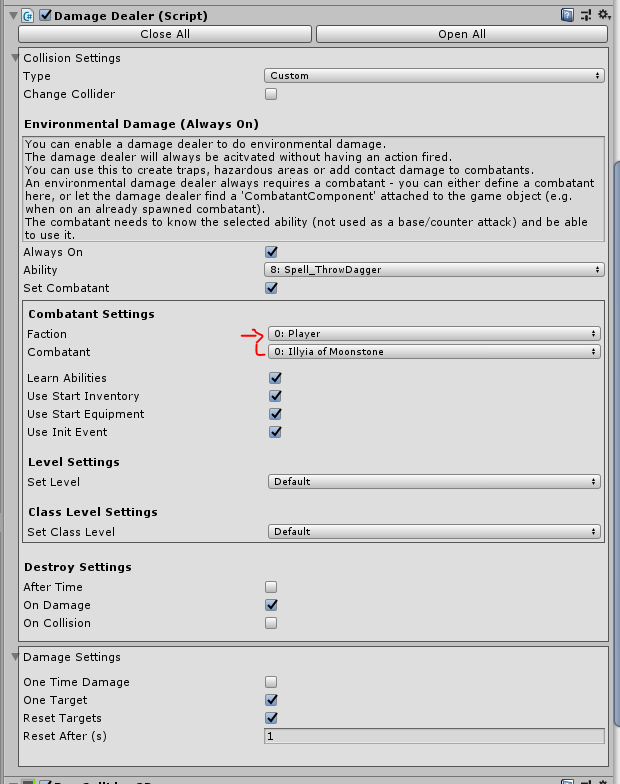 I'm running into an issue!

We use environmental damage dealers almost exclusively. It works pretty well, except for one thing: there's no real way to easily point directly to the PLAYER combatant (as in the actual player combatant being used right now).

I can point it to the combatant, but there's a problem, that's only the base combatant; it does not have any of the equipment or status effects or changes that the Player may currently possess.

If we could have an extra option to point 'Set Combatant' to the currently controlled player combatant, that would be amazingly useful.

(or if there's some other workaround that I've failed to grasp!)

But the damage dealer is just pointing to the base combatant, which doesn't have any bonuses, so damage does not appropriately increase.